Oreodonts are extinct Artiodactylids (even-toed mammals) most closely related to camels and pigs, with no close relatives living today. All are herbivorous, browsing on a diet of leaves and young shoots. Although tempting to think of them as feeding on "grass", true grasses did not appear until the late Oligocene, evolving and expanding widely during the Miocene as savannahs appeared during the cooling and drying of the that epoch.

Oreodonts fed on different types of vegetation than many modern artiodactylids do and therefore occupied an ecologically different niche than many living ungulates. True grazers such as equids did not start to appear until the middle Miocene when grasses became the dominant type of low forage. Found only in North America, oreodonts would eventually rival the large and diverse extant populations of modern bovid artiodactylids in Africa (antelopes, wildebeest, and buffalo) or the equally diverse populations of deer and goats of Asia.

Oreodonts are separated into two Families; Agriochoeridae was the earlier of the two families and consisted of a morphologically homogeneous group recorded from the latest Bridgerian or early Uintan North American Land Mammal Ages (NALMA) of the Lower to Middle Eocene to early Arikareean NALMA of the late Oligocene.

Although artiodactyls, all eight genera of agrichoerid oreodonts demonstrate marked parallels in the development of numerous derived dental and postcranial characteristics. They also had clawed toes in later forms, a trait not seen in more advanced oreodonts, and rarely in other groups of artiodactylids. Difficult to interpret ecologically, the large toe relative to forearm length of Agriochoerus resembles a characteristic feature seen in tree kangaroos of New Guinea and northeast Australia. Geologic and faunal data suggest this family inhabited gallery forests and savanna woodlands; only one genus, Agriochoerus, is recorded after the Chadronian NALMA.

Other than dentition and diet, the more derived oreodonts of the Family Merycoidodontidae could easily be compared in diversity with the antelopes of Africa or the deer and goats of Asia. Undoubtedly oreodonts filled all available dietary niches, much as modern artiodactylids do, oreodont specialization limited perhaps by their relatively small size in comparison to most living artiodactylids. All oreodonts possess more hypsodont, fully selenodont molars and a lacrimal fossa in front of the eye. Some of the later oreodonts had tapir-like skulls, suggesting the presence of a mobile lip or short proboscis. Put simply, their teeth are designed for cutting and chopping leaves, with large lateral projections extending perpendicularly in the last two upper molars (see picture below) further assist in this process. Such projections are not present in modern artiodactylid teeth.

In eastern Wyoming, Nebraska and the Dakotas where vast numbers of oreodonts skulls have been collected, Merycoidodon culbertsonii is ubiquitous and perhaps the best known of the famly, surviving from the late Eocene until the late Oligocene. Other taxa common from the late Eocene through early Oligocene of this region include Miniochoerus gracilis and Miniochoerus douglassi. Many oreodonts may have been social animals, their skull modifications and large canines suggestive of wide-gape threat displays seen in modern hyraxes, hippos and peccaries. The common genus Leptauchenia was thought at one time to be semi-aquatic because of the dorsal position of its eyes. A Whitneyan genus found as habitats dried and the weather became cooler, Leptauchenia is now thought to have resembled a modern African hyrax in habit, living among rocks for protection from predators. Its eyes were located on the top of its head to reduce its silhouette. Another common genus of oreodont, Eporeodon, was found during the Arikareean NALMA. Larger than Merycoidodon, it size would have been an asset in maintaining constant body temperatures in a period of increased cooling.

Oreodonts survived from the late Eocene through the early Miocene and are extremely abundant in some formations. Regardless of their abundance, however, all but one member of the Agriochoeridae failed to survive past the Chadronian NALMA. Only the largest merydoidodontid oreodonts, apparently better adapted to feeding on tougher vegetation, survived until the early Miocene. Then increased aridity and cooling favored the evolution of grasses, thus eliminating the last of this primitive browsing superfamily that failed to adapt to climatic conditions that favored the evolution of true grazers like the horse.

If oreodont skulls from these three states alone were more thoroughly studied, the taxonomic diversity of Chadronian through Arikareean oreodonts would undoubtedly increase, and our understanding of a major mammalian component of the Cenozoic would be greater.

Taxa of Oreodonts listed by abundance 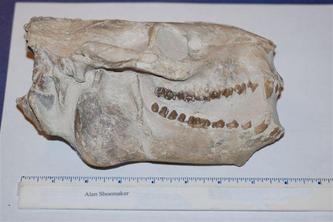 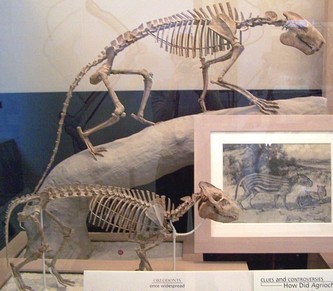 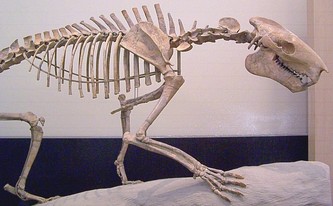 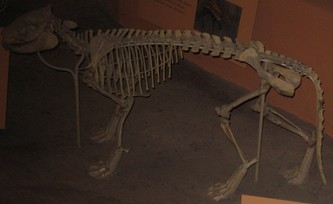 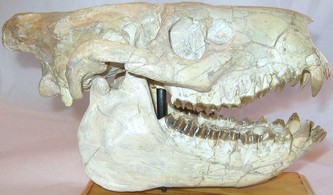 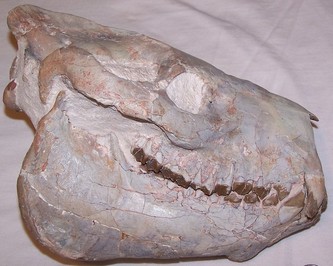 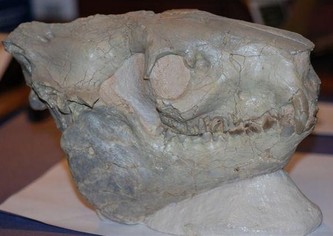 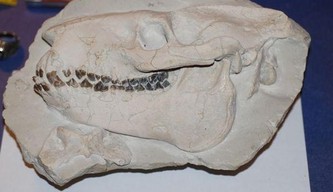 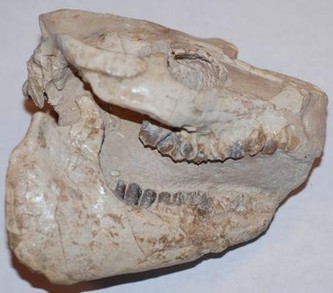 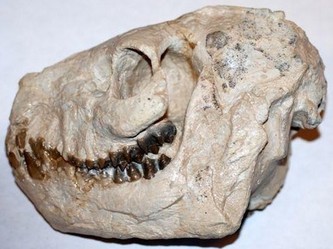 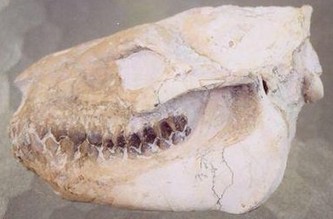 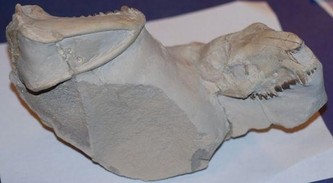 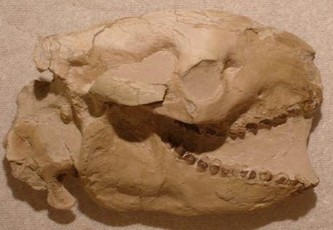 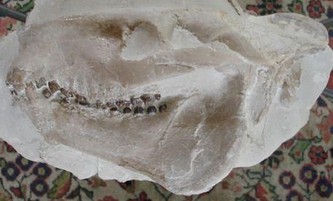 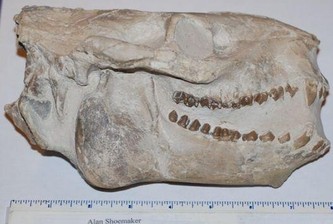 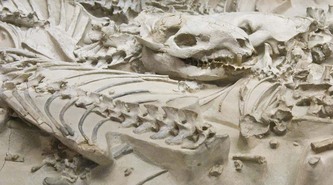 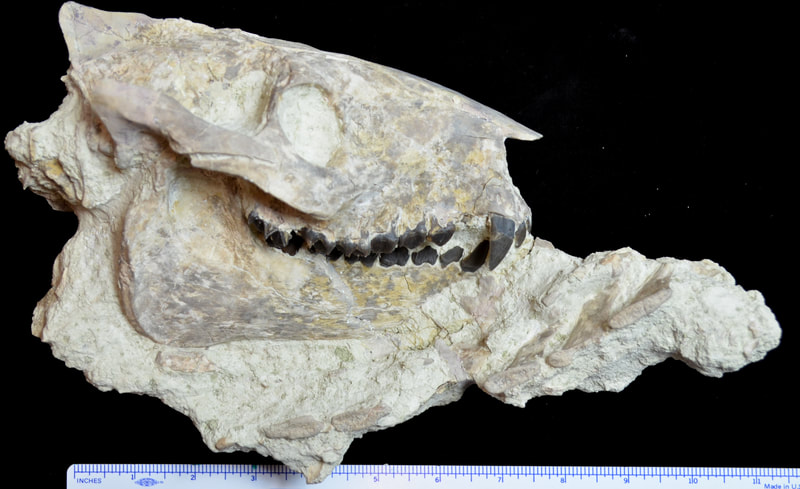 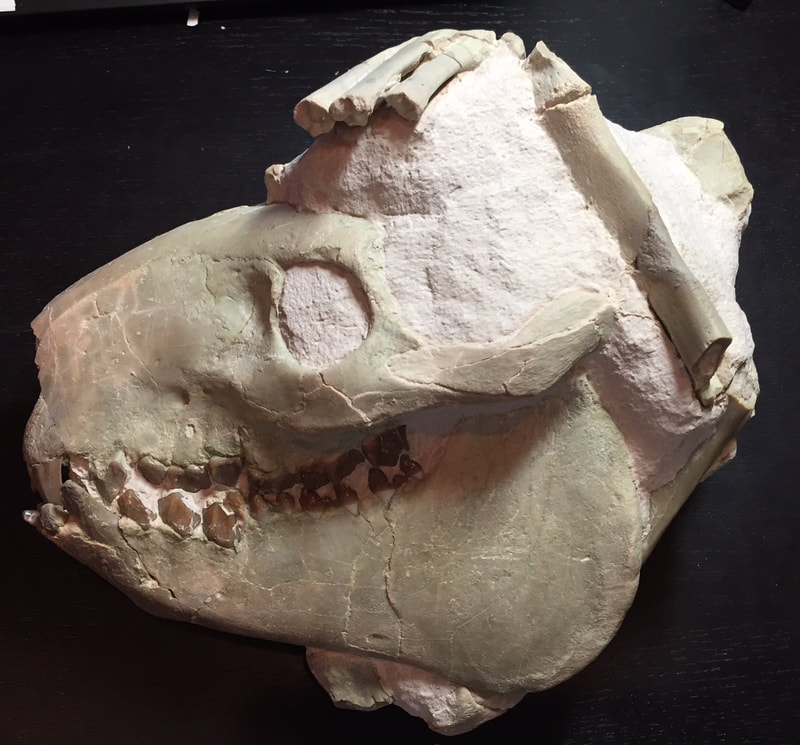